Trending
You are at:Home»Games»Genre: MOBA

Gigantic is a shooter MOBA where heroes battle alongside a massive guardian in a fight for supremacy. Equal parts action and strategy, Gigantic tests your teamwork, tactics, and timing as you confront a five-story foe and conquer a fantasy battlefield. Whether you favor shooters, action RPGs, or MOBAs, Gigantic has heroes for your play style—and strategic depth you’ll find satisfying. The third-person perspective puts the emphasis on movement and action. You’ll leap, dodge, and sprint across the battlefield, then unleash a devastating combo…before scurrying to cover as the enemy guardian draws near. 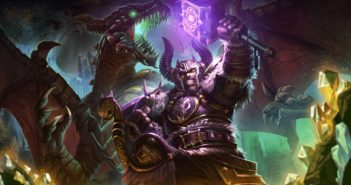 SMITE is the online battleground of the gods. Players choose from a diverse cast of deities and use their unique…